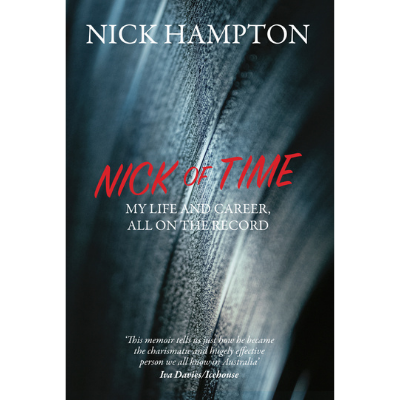 Nick of Time: My Life And Career, All On The Record

Nick Hampton’s memoir charts his stellar career in the glory days of rock ’n’ roll with giant labels like EMI and CBS that took him from London in the Swinging Sixties through Europe and the USA to Sydney, where he was the managing director of EMI Australia.

He also takes readers deep inside the global pop/rock music business, what he describes as “mostly the good, occasionally the bad, and sometimes the downright ugly”, remembering leviathans like Lew Grade, Dick James, Clive Davis and the late Ted Albert, his visionary friend behind The Easybeats and AC/DC’s climb to the top.